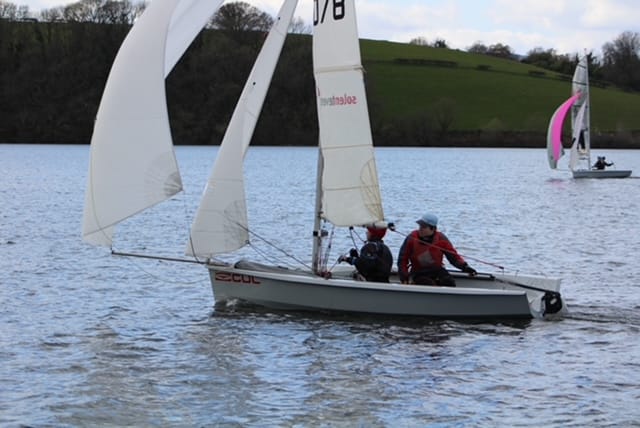 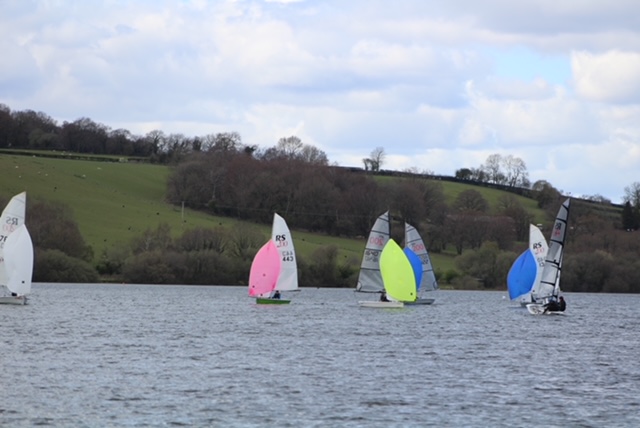 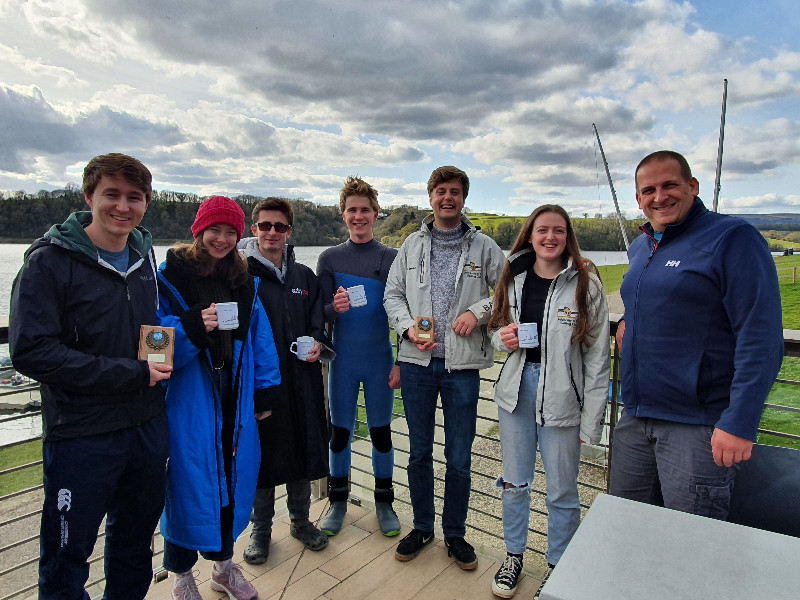 Twelve boats sailed out onto the water for the first RS200 SW Ugly Tour event of the season at Llandegfedd, in a shifty 8-10 knots of breeze coming down over the hills from the north-west.

Race 1 started with a large left shift, favouring the boats which tacked early at the pin. Local legends (boat) Merrick Stanley & Victoria Upton were first to the windward mark and managed to maintain their lead in the shifty conditions, closely followed by Henry Hallam & Ashley Hill, and Owain Hughes & Mari Shepherd moving through the fleet to take third at the finish.

Race 2 began much like Race 1, with the boats at the pin taking the early advantage with an early tack. Hughes/Shepherd were first to the windward mark closely followed by Stanley/Upton. It was a tight race at the front with four boats fighting for the lead, trying to avoid the holes in the wind. Hughes/Shepherd maintained their lead to the finish, with David Sheet & Anna Mason moving through into second and Hallam/Hill taking third at the final leeward mark.

Race 3 saw the wind move around to the south-west and drop. PRO Mark Williams did a great job getting us under way with everyone looking for wind. Hughes/Shepherd guessed right and took a sizeable lead with the rest of the fleet chasing them. With the new wind at roughly a right angle to the course, it became a tricky decision between holding the kite or dropping it on the tight reach of the ‘upwind' and ‘downwind’ legs. Stanley/Upton managed to catch Hughes/Shepherd at the final mark to steal the win, with Hallam/Hill making their way through the fleet during the race to take third.

For the final race, a more consistent northerly breeze came in pre-start. A shifty first beat proved difficult, with Nick and Hannah Smith getting it right to be first to the windward mark. A strong downwind from Stanley/Upton saw them take the lead with Rosie Hallam & Benjy Marsden fighting closely with Hallam/Hill for second. On the final upwind leg, Hallam/Hill played the shifts well to move through into first, winning the race, followed across the line by Stanley/Upton and Hallam/Marsden in second and third respectively.

After racing, we were met by excellent tea and cake and a chance to chat in the sun on the clubhouse balcony. With the final results: Will Querée & Éabha Strong-Wright from the University of Bath were first bronze boat and David Sheet & Anna Mason from Chew Valley first silver. Merrick Stanley & Victoria Upton from Llandegfedd won their first SW Ugly tour event, with Henry Hallam & Ashley Hill from St Mawes a close second in front Owain Hughs & Mari Shepherd from Parkstone.

A massive thank you to the race team and volunteers at Llandegfedd for putting on a great event, and all the competitors who made the trip for a competitive day of racing. Everyone is eagerly looking forward to the next SW Ugly Tour event at South Cerney on the 7th May.