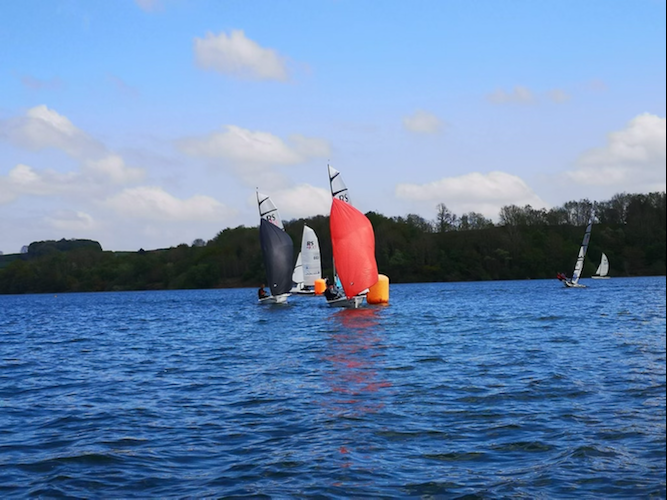 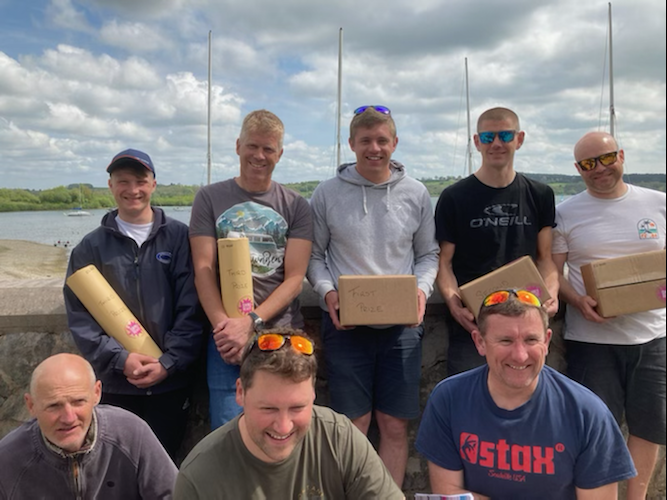 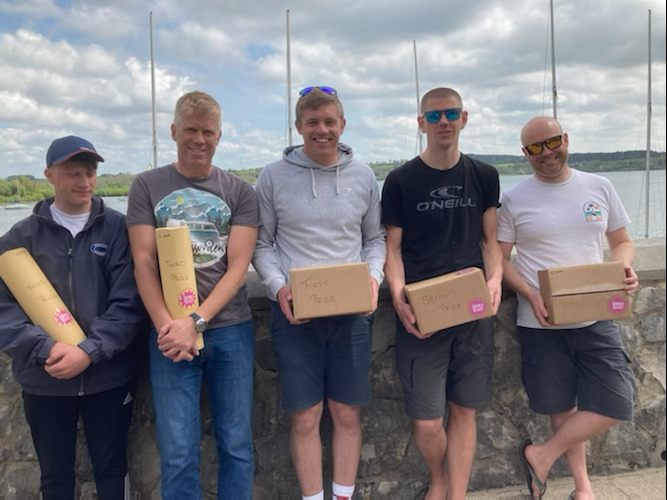 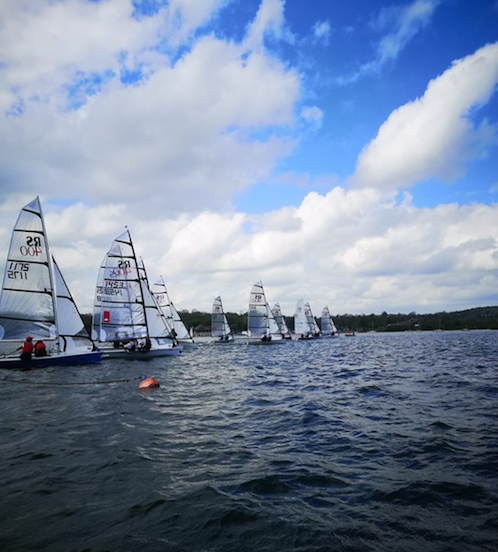 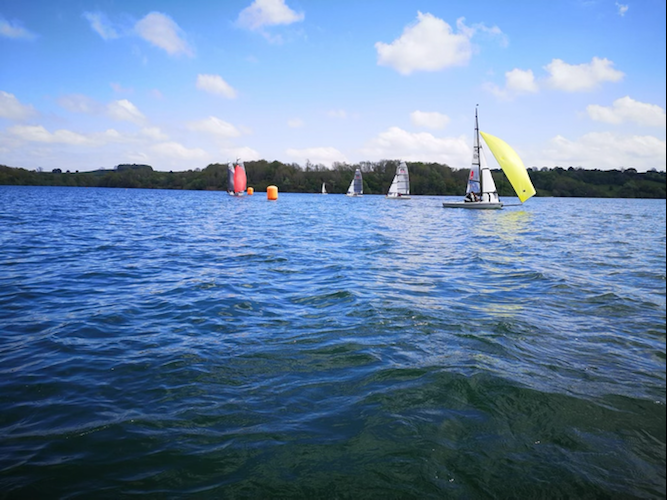 Photos thanks to Carsington SC

The weekend of 7-8 May saw the second leg of the RS400 Northern Tour, sponsored by Trident UK, held at Carsington Sailing Club.

The better than forecasted wind, the great race management, the usual close racing and the evening entertainment made for a great weekend.

After arriving to see a lake smoother than a Tom Cruise chat up line, competitors were surprised to hear talk of “four races today, as there may be less wind tomorrow”, however with clairvoyant accuracy the wind filled in to allow four races to be sailed in a building F2-3 Northerly breeze.

As the first race got underway the fleet set off on what seemed like quite a starboard biased beat, but as usual the race team got the course spot on, and minutes later the fleet was stretching their legs on the port tack as the wind fluctuated, with the predominant breeze from the north and a secondary breeze blowing out of the North-Eastern corner of the lake.  To keep things interesting sometimes the North-Easterly breeze was strong enough to blow across the whole course, and other times it was not.  Such fluctuations allowed Hamish Gledhill and Ross Southwell to regain the lead up the second to last beat, thinking they’d mastered the conditions they went chasing shadows down the right on the last run, with the rest of the fleet going left, with Ollie Groves and Sam Walker taking the win ahead of Chris Pickles and Matt Sharman in second and Richard Catchpole and Gary Coop in third.

The second race saw Pickles/Sharman take the line honours ahead of Groves/Waller with Caroline Exley and Gerard Barron, re-uniting a university partnership from 20+ years ago, to take third.  The next two races saw Charlie Exley, sailing with dad, Dave, in only his second RS400 event, to enter the fray clocking up an excellent 4th and 2nd.  Exley/Barron continued their good form with a 2nd and 5th, with Pickles/Sharman showing consistency with two 3rds.  However, Groves/Waller ended the day with a commanding lead with a couple of bullets in the last two races.

Overnight, whilst on paper there were several boats in contention, only Groves/Waller and Pickles/Sharman had a realistic chance of overall victory, but behind them the fight for the podium places was close.

Going into the evening the sailing took second place as John Cunningham, on his birthday and wedding anniversary, gave Mrs Cunningham an anniversary to remember as he delivered five rounds of a thought-provoking quiz.  Fuelled by the Shiny Brewery’s guest ale, heckles and challenges were welcomed, though the quiz master was mostly right.  The formalities ended with a rousing rendition of “Happy Birthday”.

The sailors gathered in the morning to what seemed like a similar breeze to the night before, but once again with spooky accuracy, the OOD kept the fleet ashore with a half hour postponement to allow the wind to track round by 90 degrees to the East.  Unfortunately, the strength of the breeze dropped but there was enough for race five to get underway, with Gledhill/Southwell taking the lead, which they held until the finish.  Behind them the chasing pack experienced snakes and ladders with Catchpole/Coop taking second and Groves/Waller taking third, and with that securing enough points for the overall win.  For a moment the wind blotted out but picked up enough for the OOD to set a shorter final race.  Exley/Barron mastered the first beat to take an impressive lead only for that to be thwarted as they sailed into a windless vacuum allowing half the fleet to sail by, but they recovered to fourth, behind Pickles/Sharman, who had already secured second overall, the ever-consistent Groves/Waller and then Gledhill/Ross, who had done enough for third overall ahead of Exley/Barron.

At the prize giving Ollie Groves thanked Carsington SC for the excellent event with a specific mention of the OOD team of Keith and Liz Appleby, before drawing the raffle for tokens from circuit sponsor Trident UK, in which Carl Whitehead received a £20 token, Tim Bird a £15 token and a Jacob Ainsworth £10 token.

The RS400 Northern Tour moves on the 21-22 May to Filey Sailing Club who hope to welcome a strong RS400 fleet.

Up on Y&Y here