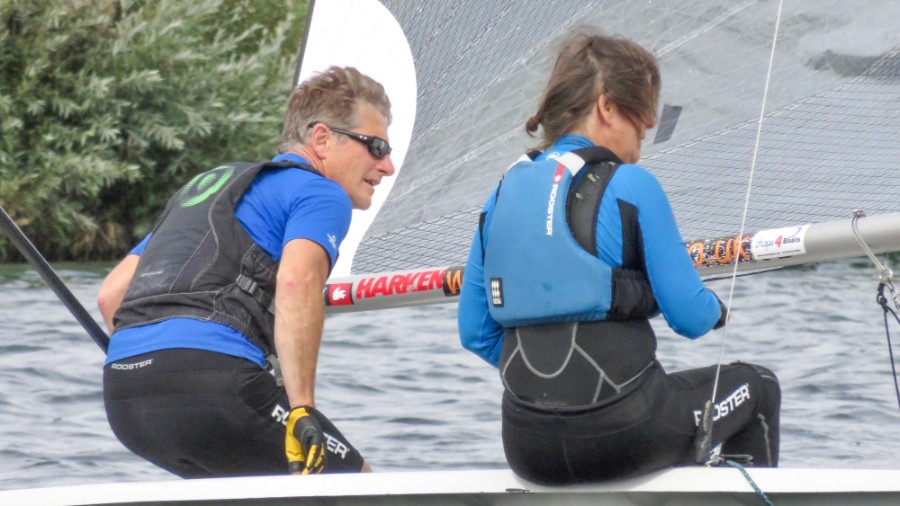 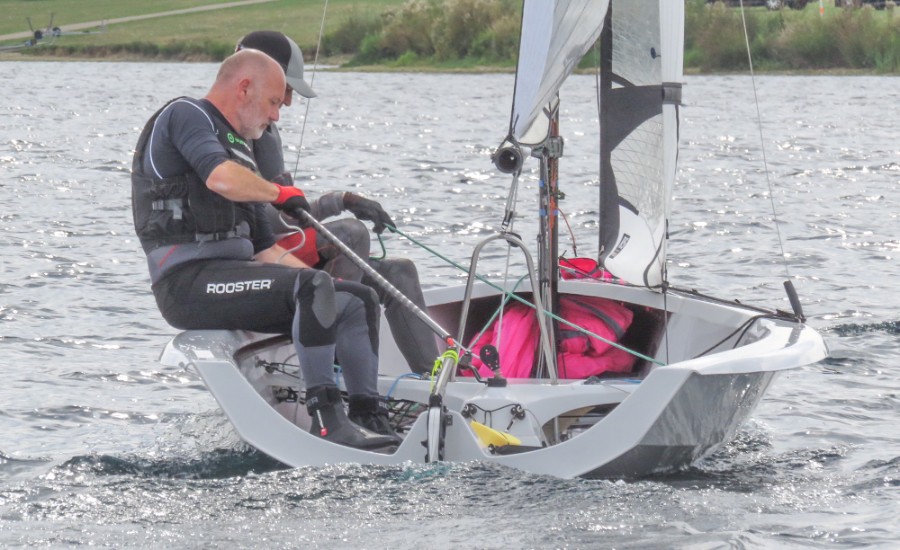 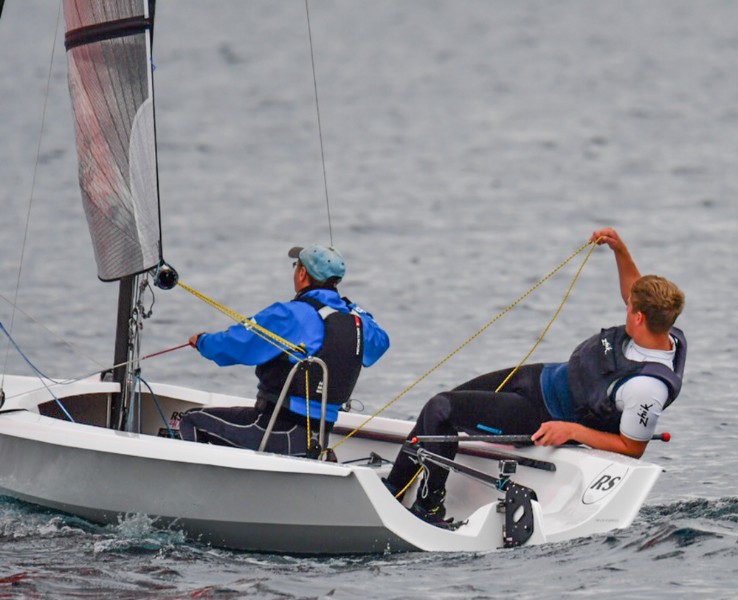 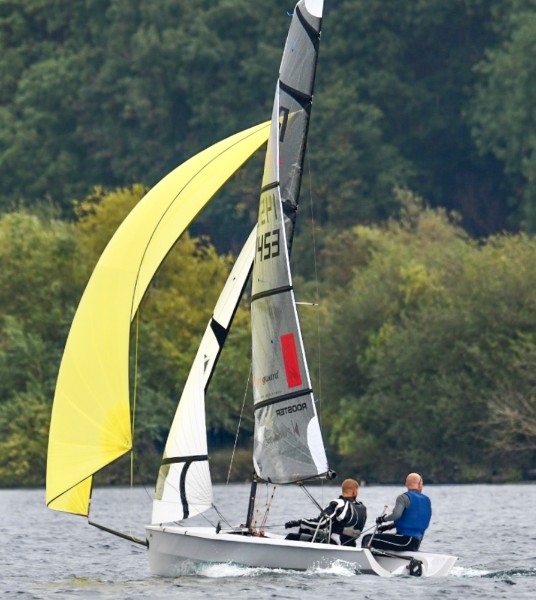 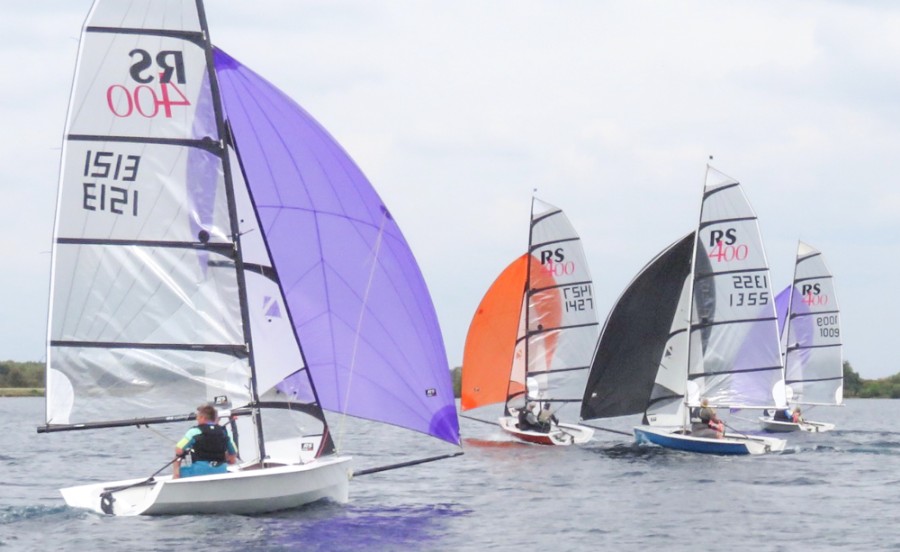 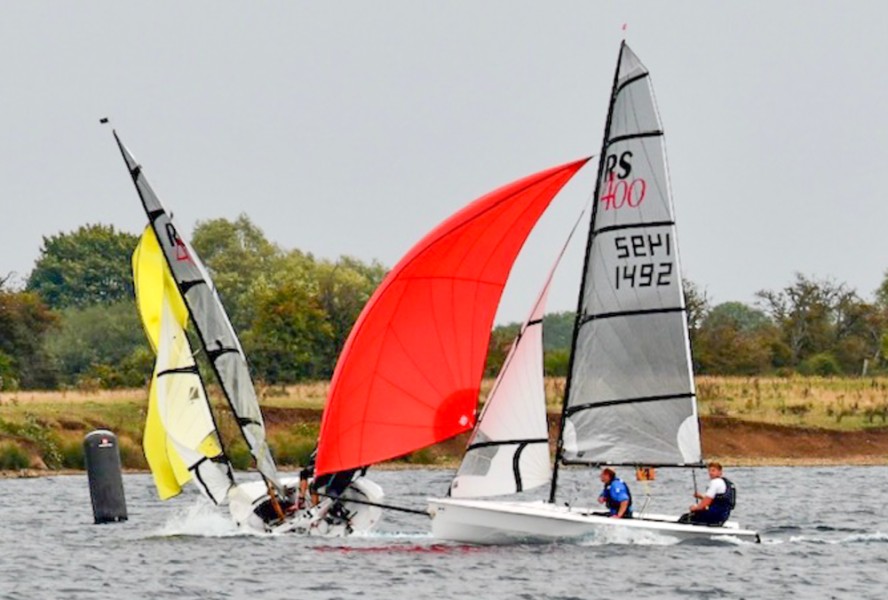 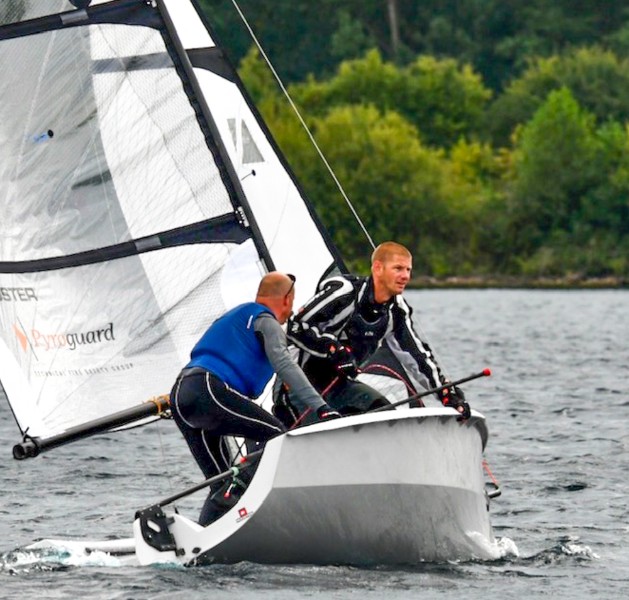 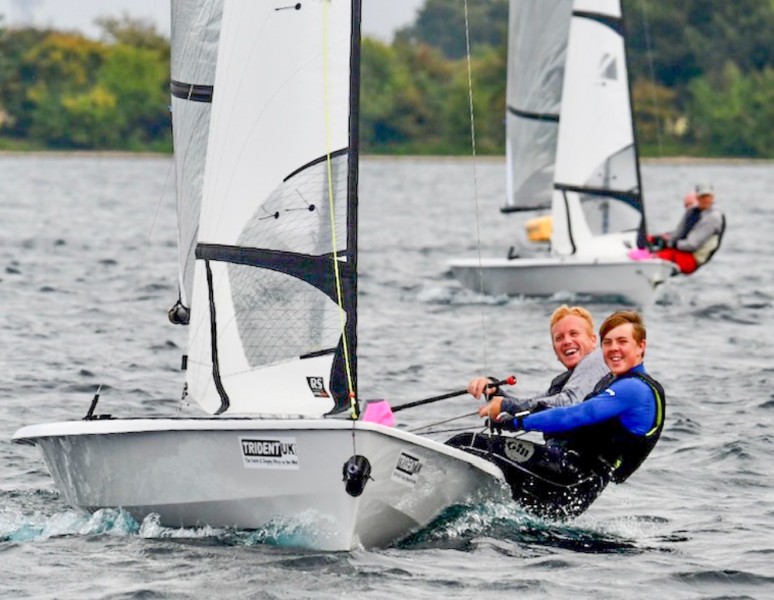 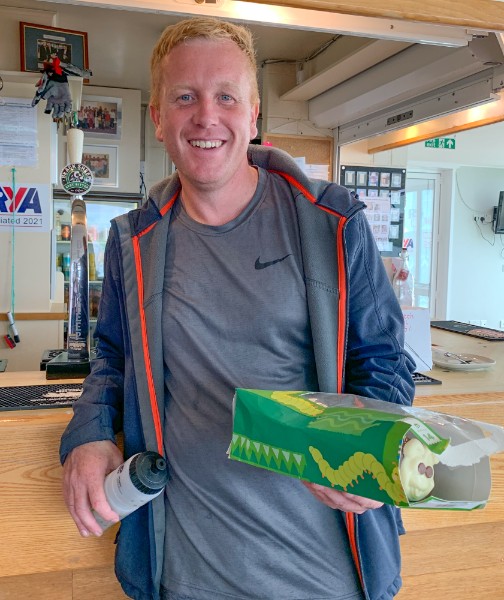 Some say that there are two ideal wind directions at Notts County Sailing Club, a Northerly or a Southerly, Northerly being preferred as it is a cleaner wind with not many shifts, Southerly being the more challenging with lots of shifts and holes. What greeted the 16 competitors, 8 visiting crews and 8 NCSC club crews, for the penultimate RS400 Northern tour, sponsored by Trident UK, was the latter. Saturday began with a short briefing at 11 o’clock, by the race officer, Nadina Lincoln, with racing starting promptly at 12.

A windward leeward course with port & starboard leeward gates to choose from was set, utilising virtually the full length of the lake. Being on the right side of the shifts was clearly going to be the name of the game for the entire day, race one went to Pickles & Sharman (Bassenthwaite) with Groves & Penty (Beaver SC) 2nd Saul & Kent (Yorkshire Dales SC) in 3rd.

A short lunch break followed with much discussion over lunch on where best to go with the shifty southerly that looked to be set in for the day.  Groves & Penty had clearly worked it out to their favour with 2 bullets in races 2 & 3 but still with Pickles & Sharman close on their heels, with Knott & Grayton (Notts County SC) and Thornton & Hunt (Scaling Dam SC) fighting it out for the lower places, with some close racing to be had. Day One finished with Groves and Penty leading Pickles & Sharman by one point with it all to play for on day two.

The fleet enjoyed an evening meal provided by the legendary Pauline, entertainment was provided over the evening by our latest recruit to the NCSC family, David Hurst, with some close table magic and a game of stump ably won by Mike Saul, must be all that use of hammers when repairing boats that clearly helped. The fleet retired early, not influenced by offerings of Elsie Mo and Screech Owl from the bar.

Day Two arrived with a building southerly breeze, three more back-to-back races planned to decide who would be crowned Notts County Sailing Club (NCSC) RS 400 open winner 2022. Pickles & Sharman opened their account well with two bullets in race 4 & 5, Saul & Groves also improving their positions from day one to move up into 3rd position. All to play for on the last race, Groves & Penty or Pickles & Sharman, had to win to take the overall win. In the end Groves & Penty gave a masterclass in windward leeward sailing and won the final race by a country mile, showing everyone a clean pair of heels and plaining where others were still soaking.

With the results worked out and published, prize giving could take place, but not before a raffle for prizes, kindly donated by our sponsors Trident UK prize winners were: Sam Grayton, John Hobson, Paul Reynolds and Phil Robertson who all received a voucher to spend with Trident UK.

Ollie Groves & Martin Penty were overall winners who received the trophy and Rooster vouchers, Ollie kindly thanked, Pauline for her catering, the race officer, Nadina Lincoln, for setting an excellent set of races and the rest of the support crew and safety team.